Regenerative energy sources, carbon neutrality, and climate protection—these are the core topics featured in discussions surrounding the energy transition. In this connection, the role of the combustion engine is debated intensively and is often viewed as a critical factor with regard to the achievement of climate protection targets. According to the “Fit for 55” package rolled out by the EU, combustion engines are to be phased out by 2035 in the European automotive industry. However, to speed up the energy transition, it will not be sufficient to lock on to a single technology; rather, a sound technology mix will be required in the long run. The combustion engine is very versatile and is used in diverse industries and areas. For this reason, a categorical rejection of all combustion engines would be counterproductive. In the field of energy generation, combustion engines contribute to sustainable heat and power production and will continue to play a key role in reducing emissions.

To forestall the negative impact of the climate change, our lifestyle must become much more sustainable. This also necessitates a sustainable reform of the energy industry. According to the Fraunhofer Institute for Solar Energy Systems (ISE), Germany’s green power share in the first half of 2021 was 47.9 percent. The green power share refers to the share of renewable energies, such as solar energy, wind energy, hydropower, and bioenergy in the net power generation. “Net power generation” means the power mix that actually arrives at power outlets and is consumed in households. In order to make the energy generation much greener and to protect the climate and the environment on a long-term basis, the German Renewable Energies Act (EEG) provides for a steady expansion of renewable energies. By 2050, the share of renewable energies in Germany is to climb to at least 80 percent. In addition to the expansion of renewable energies, many European and German politicians advocate the total abandonment of combustion engines. Most recently, this can be seen from the EU program “Fit for 55”, which provides for the exit from combustion engines in the automotive industry instead of determining new carbon standards for new vehicles. However, the main factor that impacts the amount of greenhouse gases is not the combustion engine itself, but rather the fuel used for power generation. In fact, the combustion engine already helps the industry to reduce emissions by using non-fossil, regenerative fuels.

Identifying the Potential of the Combustion Engine for the Energy Transition

To draw attention to the sustainability and potential of the combustion engine with a view to a green energy reform, VDMA (German Machine and Plant Engineering Association) has initiated a campaign entitled “EMISSION0 – ON THE WAY TO 2050”. The objective of this campaign is to show how combustion engines can be operated with increasingly lower emissions and ultimately in a climate-neutral manner.
The combustion engine was developed in the 19th century and incorporates decades of technological advancement and engineering expertise. This knowledge can be used in order to leverage its potential for the benefit of the energy transition. Combustion engines flexibly operated with biogas can effectively supplement regenerative energy sources and support them in generating energy. In the event of fluctuation in the availability of renewable energies such as wind or solar energy, combustion engines can flexibly and speedily kick in in order to ensure security of supply. Thanks to their modular design, cogeneration power plants with gas engines are also ideal for distributed energy generation purposes.

The combustion engine transforms the energy contained in the respective fuel into mechanical energy. Thanks to their improved efficiency, the engines in combined heat and power plants reach efficiency levels of more than 90 percent, ensuring the utilization of almost the entire energy contained in the respective fuel. When burning fossil fuels such as diesel or natural gas, combustion engines release carbon emissions. This issue can be circumvented by making use of regenerative energy sources that store energy in chemical form. For instance, biogas, sewage gas, landfill gas, and mine gas are regarded as “green gases”. Biogas is a product of the anaerobic decomposition of organic waste. During the combustion, the amount of emitted CO2 thus merely corresponds to the amount that the substrates absorbed during growth. In this way, gas engine-driven cogeneration power plants that produce power from biogas prevent emissions that would otherwise be released by fossil fuels. In other words, their operation is carbon-neutral. Compared to a fossil power plant of the same size, a standard biogas plant with an output of 400 kW saves about 1,800 t of carbon a year. By using mine gas for energy generation purpose, combustion engines can effectively prevent the methane from harming the environment by transforming it into useful energy. Like biogas, landfill gas and sewage gas come into existence through the digestion of biodegradable waste and contain climate-relevant methane, which would normally escape into the atmosphere like mine gas. The use of these natural gas-like gas mixes as fuel for gas engines enables these to produce heat and power in an eco-compatible way, resulting in a reduction of carbon emissions and energy costs.

Further Development and Use of Existing Engines and Infrastructures

In most cases, combustion engines that used to run on fossil fuels can also be operated with green energy sources. The fact that the existing engines do not need to be decommissioned and replaced with new engines, but can continue to be operated with green energy sources, make this form of energy generation with combustion engines even more sustainable. Since the existing fossil fuel distribution infrastructure can be used for the transport and distribution of regenerative energy sources, no new resources need to be made use of for their storage, transport, and distribution.
Obviously, owing to its adaptability and technological flexibility, the combustion engine will continue to play a decisive role in the field of sustainable energy generation. For this, it is important to make good use of the potential of combustion engines, to utilize existing infrastructures, and to employ regenerative energy sources as fuel. 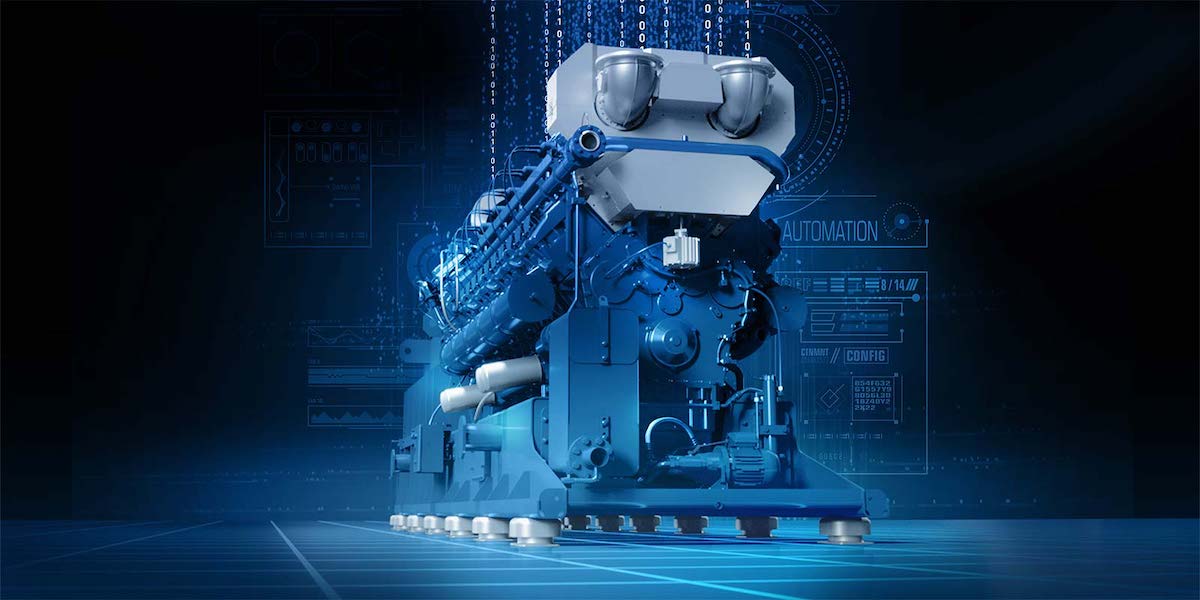 Fit for Tomorrow: Operating Gensets with Hydrogen Content of up to 25 Percent

The EU Commission is set to successfully roll out the EU Hydrogen Strategy and become climate-neutral on a long-term basis by 2050. MWM is in the process of introducing gensets in the output range from 400 kW to 4.5 MW, fueled by natural gas with a hydrogen admixture of up to 25 percent.

How Much Green and Blue Does the EU Hydrogen Strategy Provide for?